Watch this fine example of an Interactive Virtual Tour project.
The project is integrated into the new Institutional Website of the High school, for a didactic and informative use.

Watch this Virtual reality project developed in Tour and discover its potential.
Perhaps, such a project has been published and presented for the first time, integrated into an Institutional, Italian Website.

A bit of history.
The Liceo was founded in 1860 initially under the name of Regio High school of Bologna.
Initially with only two classes and which had its first location in the hospital of the
Death, currently home to the Archaeological Civic Museum.

In 1865 it was named after Luigi Galvani and still preserves the monument to Luigi Galvani, visible on the Tour.

In 1882 he was transferred to the current headquarters in Via Castiglione 38, at the ancient Jesuit college of Santa Lucia.

The monument to Galvani is visible through this project, integrated into the new Institutional High School website.
Moreover it is possible to see in Virtual Tour mode, some of the most important legacies, which have become part of the cultural heritage of Bologna.

These include the famous Zambeccari Library, the new Galvani Pasolini Gallery, the Galvani Pasolini Library.
Of particular interest is the area of the Branch, with the new and modern Chemistry Laboratory and the EEE particle detector.

Special thanks to the the boy of the Burstnet and to the respectable School Rector of the Institute. 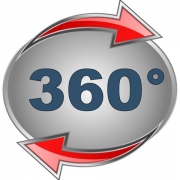 This website uses cookies to improve your experience while you navigate through the website. Out of these cookies, the cookies that are categorized as necessary are stored on your browser as they are essential for the working of basic functionalities of the website. We also use third-party cookies that help us analyze and understand how you use this website. These cookies will be stored in your browser only with your consent. You also have the option to opt-out of these cookies. But opting out of some of these cookies may have an effect on your browsing experience.
Necessary Always Enabled
Necessary cookies are absolutely essential for the website to function properly. These cookies ensure basic functionalities and security features of the website, anonymously.
Functional
Functional cookies help to perform certain functionalities like sharing the content of the website on social media platforms, collect feedbacks, and other third-party features.
Performance
Performance cookies are used to understand and analyze the key performance indexes of the website which helps in delivering a better user experience for the visitors.
Analytics
Analytical cookies are used to understand how visitors interact with the website. These cookies help provide information on metrics the number of visitors, bounce rate, traffic source, etc.
Advertisement
Advertisement cookies are used to provide visitors with relevant ads and marketing campaigns. These cookies track visitors across websites and collect information to provide customized ads.
Others
Other uncategorized cookies are those that are being analyzed and have not been classified into a category as yet.
Powered by